A perspective on Hurricane Ophelia

Hurricane Ophelia is approaching the UK, and due to cross Ireland tomorrow (Monday 16th October 2017), exactly 30 years on from the infamous ‘Great Storm’ of 1987 often associated with TV weather presenter Michael Fish. It is the furthest east category 3 Hurricane ever recorded.

Here at SurgeWatch we are keeping a close eye on the track of the storm and the storm surge that will be produced.  Thankfully we are not at peak spring tides – see the National Tidal Sea Level Facility Website. However, I expect the strong winds to the south of the storm, to produce a impressive storm surge in the Bristol Channel, Irish Sea and along parts of the south coast, as the storm crosses Ireland. I also expect large waves, with considerable overtopping and spray.

In the figure below I have plotted the tracks of all storms that have generated large storm surges in the Bristol Channel in the last 50 years, along with the mean storm track (red) of these storms and the predicted track of Hurricane Ophelia (blue). As you can see Ophelia, is following a different track to that which we typically get from extra-tropical storms. 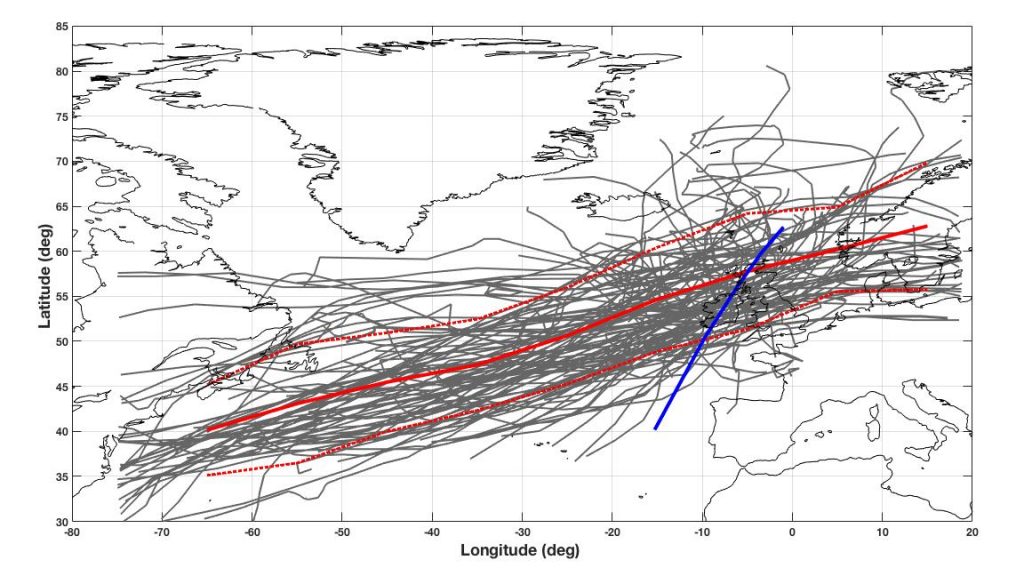 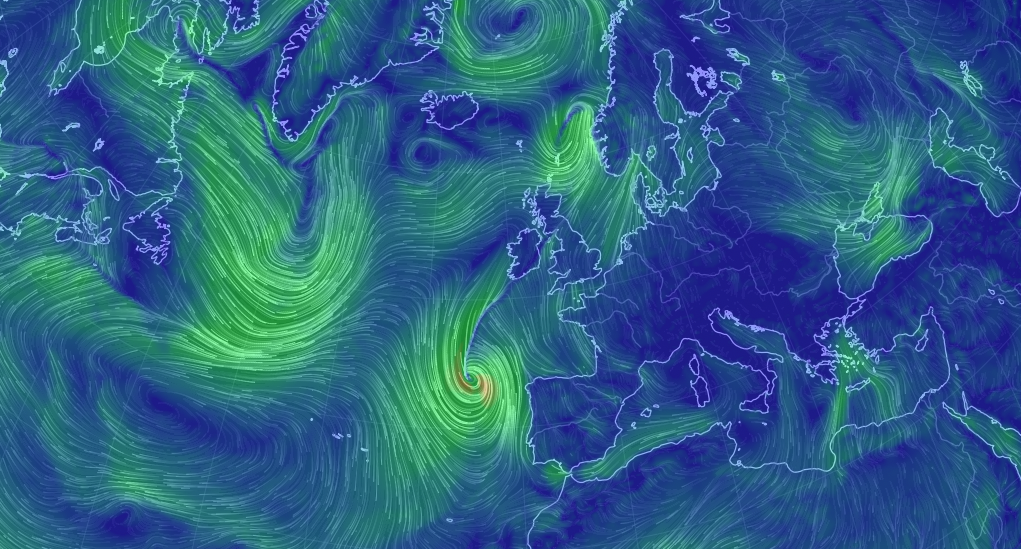