Climate change and coastal flooding: the current state of the art

There are many hundreds of publications in the scientific literature each year detailing the proposed impacts of climate change on the coastal zone, however, last week, the Marine Climate Change Impacts Partnership (MCCIP) published a new synopsis on UK coastal flooding impacts. The coastal flooding report, authored by SurgeWatch founders Ivan Haigh and Robert Nicholls is available here.

Concern about the state of our seas has caused them to be studied more intensively – and extensively – than ever before. Here is a summary of the findings. They have never been more important.

The report outlines how coastal flooding remains one of the most significant risks that the UK faces with wide-ranging social, economic and environmental impacts, and these risks are growing with climate change and other changes (e.g. population growth). Furthermore, the occurrence of extreme events is increasing, with a 10-fold increase in the number of hours per year extreme sea level thresholds were exceeded over the last 100 years. 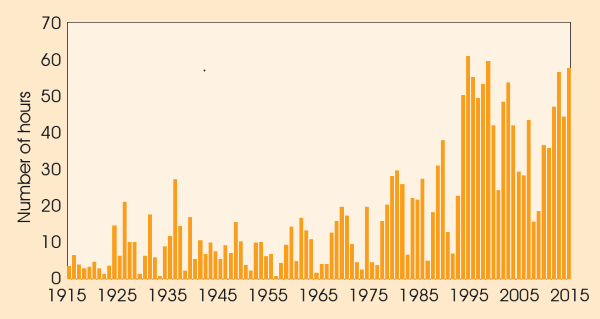 Lead author, Ivan Haigh said “Coastal floods, driven by extreme sea levels, are a major hazard both nationally and globally, with wide-ranging social, economic and environmental impacts. Unfortunately, under current predictions, with climatic effects exacerbated by anthropogenic forcing, the situation is likely to get worse before it gets better. Therefore, it’s vitally important to understand both the magnitude of the change but also how that change will manifest itself in terms of coastal flooding”.

Population growth, changes in land use and increasing asset values in floodplain areas have enhanced exposure to coastal flooding, but overall the consequences of flooding have reduced over time due to improvements in flood defences, together with advances in flood forecasting, warning and emergency planning. The report highlights overall how the situation is getting worse in terms of extreme events, but our management in the short term means that we are not seeing the full effects of these events. The emphasis in the report is on our short term to cope – our intervention isn’t sustainable long term in the face of current climatic predictions.

The authors highlight how the recent extreme storms and coastal flooding during the 2013/2014 winter are just the most recent insight into what might be expected as the situation is exacerbated towards the year 2100.