'The biggest event to impact the UK east coast for more than half a century. Much flooding and damage, particularly in the northeast, but a repeat of the 1953 damage levels was prevented'

Storm “Xaver” developed off the southeast Greenland coast on 3rd December 2013 and moved in an eastward direction towards the UK. On 5th December, the storm passed over north Scotland and combined with, and was enhanced by, another low-pressure system located over the Norwegian Sea. The pressure dropped rapidly to 960 mbar as the storm crossed the North Sea and passed into Scandinavia and then Eastern Europe on 6th December. Hurricane force wind gusts were recorded.

The storm generated a skew surge of over 1 m in the Irish Sea and up to 2 m in the North Sea. Skew surges in the eastern English Channel were between 0.5 and 0.75 m. Water levels exceeded the 1 in 5 year return level at 12 sites in these regions. At 9 of these sites the water level was the highest on record. The highest return period water level was at Dover and was 1 in 843 years. The highest skew surge was at Lowestoft and was 1.93 m (approximately a 1 in 200 year return period skew surge). The high water took 9 hours to travel from Aberdeen to Dover. The storm surge passing into the English Channel caused the largest water level on record at Newhaven and at Portsmouth, with a skew surge value of 0.73 m and 0.69 m, respectively. West of these gauges, the surge continued to propagate westwards through the morning of 6th December, but without causing extreme high waters beyond the Solent. In many instances, the high water levels observed in 2013 exceeded those during the notorious 1953 event, due mainly to the larger astronomical tides in 2013 (Wadey et al., 2014; Wadey et al., 2015).

This was a complex event which produced at least 50 separate incidences of breached (natural and manmade) defences across the UK coastline as well as multiple incidences of overtopping.

This was reportedly the worst coastal flooding event in the UK since the disaster of 1953. A detailed description of this event is provided by Spencer et al. (2014; 2015) and Wadey et al. (2015).  There was intense media coverage of this event and it had prompted comparisons with the event of 31st January – 1st February 1953. The event coincided with the other significant news of the death of Nelson Mandela. Across Northwest Europe, by 7th December 2013, this storm had left 15 persons dead and dozens injured. There were no reported fatalities from coastal flooding (AON Benfield, 2014). Initial estimates from the Environment Agency (EA) indicated consequences including seawater inundation to 1,400 homes, 1,000 businesses and 3,200 hectares of farmland. Over 10,000 people were evacuated along the east coast, and approximately 800,000 properties are reported to have been protected by flood defences along 2,800 km of UK coastline (Zurich, 2014). Around 2,800 properties were flooded across the UK (Wadey et al., 2015). Model estimates suggest insured losses across the event were in the range of €1.4 to €1.9 billion, including wind losses and storm surge-related flooding. According to a ‘flood footprint’ map showing seawater flood depths (with a resolution of 5 m over an area of approximately 2,500 km2 and covering a length of 1,500 km of coastline), locations listed as flooded from wave overtopping included: Boston, Great Yarmouth, Lowestoft, North Berwick, Jaywick, North Wales, Blackpool, Cleveleys, Walcott, Cromer, Whitstable, Portgordon and New Brighton (JBA, 2014). Numerous reports of the floods are available via major news agencies. 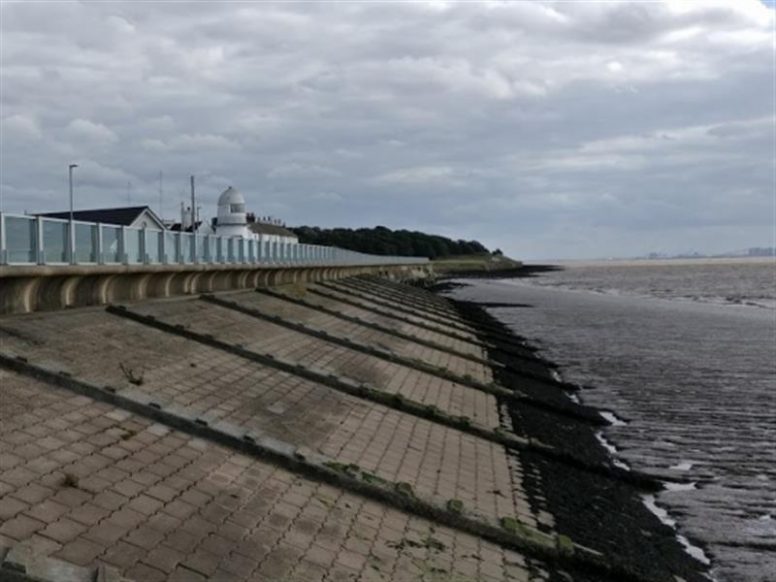 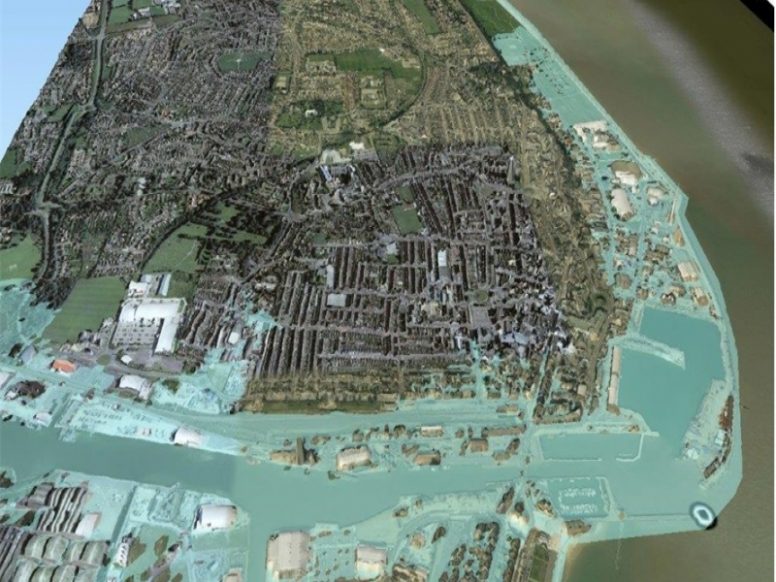