'Flooding in the Solent inundates a hospital'

The storm developed over the central North Atlantic during 3rd November 1916, moving relatively quickly following an easterly to north-easterly track towards to the UK. By November 5th, the stom was centred over south-west England with a central low of around 960 mbar. Strong south-westerly winds were prevalent over the English Channel.

The only available sea level data from the time of this event is from Newlyn, Cornwall where the sea level was 5.17 m CD – less than a 1 in 1 year return period sea level.

We are unaware of any sources describing the wave conditions during this event.

There are no known available sources providing specific details concerned with the flood pathways relevant to this event.

This event was associated with flooding along the south coast including at Portsmouth, Bournemouth and on the Isle of Wight at Cowes (Zong and Tooley, 2003). The only known available description of this event is provided by The Times (1916). In Portsmouth, some roads were reportedly inundated to 3 ft. [0.9 m] deep, and a hospital was also flooded which meant the lower floors could not be used. Several streets and residential properties were also flooded in Cowes, Isle of Wight. 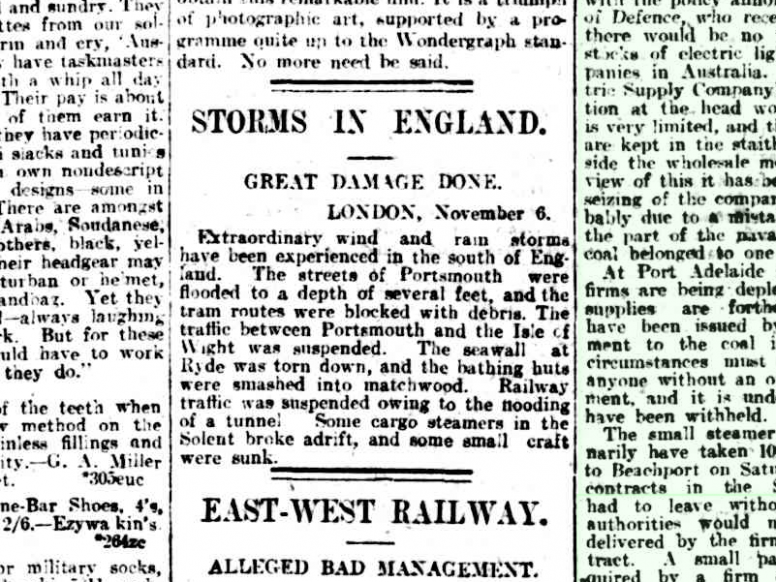 A wartime invasion of a very different nature back in Blighty