'The “Valentine’s Day Storm” hits the south coast of the UK, triggering severe flood warnings from Cornwall to Hampshire'

The storm developed in the Atlantic east coast of Canada on the 12th February 2014 and moved northeastwards across Ireland and northern England. During the afternoon on 14th February, the depression was centred over Ireland with a central pressure of about 960 mbar. Strong southwesterly winds were felt along the south, southwest and west coasts. Widespread gale force winds of up to 70 knots [36 m/s were recorded in England, Wales and Scotland, and gusts of up to 94 knots (48 m/s) at the Needles Old Battery, Isle of Wight (Met Office, 2014). This storm was the last in a series of at least 12 major storms that impacted the UK during the winter of 2013/14.

The storm generated some of the largest recorded skew surges at several sites in the UK southwest. Water levels exceeded the 1 in 5 year return level at two sites on the central south coast: (1) 1 in 11 years at Weymouth, and (2) 1 in 9 years at Portsmouth (where a skew surge of 1.20 m was measured).

The storm was accompanied by ‘huge’ waves and heavy rain (BBC, 2014a).

Overtopping of sea defences was the primary mechanism for flooding during this event.

This event impacted areas in the south and southwest coasts, including Cornwall where there was considerable overtopping. In Newlyn, the overtopping led to flooding of adjacent streets and properties (BBC, 2014b). In Plymouth, there were reports of overtopping of the sea wall by large waves, coastal flooding, and damage to sea front properties (BBC, 2014a). Significant erosion and damage to sea defences was also reported at Hurst Spit (Hampshire) and Chesil Beach (near the Isle of Portland, Dorset) (West 2014). At Milford on Sea, Hampshire, 32 people were rescued from a beach front restaurant as waves threw shingle and smashed ground floor windows (WeatherForecast.co.uk, 2014). Residents in Mudeford (Christchurch, Dorset) were also evacuated (Bournemouth Echo, 2014). A high volume pump was deployed at Lymington quay to alleviate tidal flooding, and Hampshire Fire and Rescue responded to a 93 year old woman in Lymington who needed to be rescued from chest high flooding within her house, where she also had no electricity (HFRS, 2014). Roads across Dorset were flooded – including Shore Road, Sandbanks (Poole, Dorset) which was under 4 ft. [1.22 m] water (Bournemouth Echo, 2014). Rivers across Dorset and Hampshire (e.g. Stour at Wimborne, Avon at Fordingbridge) burst their banks (although mainly due to heavy rainfall). Elsewhere on the south coast there was widespread damage, traffic disruption due to fallen trees and power failures (WeatherForecast.co.uk, 2014). Severe flooding also occurred along the River Thames, with streets awash with sewage in Egham, Surrey (BBC, 2014c) – although this was more rain than tide-surge related.

In London, a motorist was killed after falling masonry struck a vehicle (Met Office, 2014).

At the time of this event, following the storms earlier during the winter, around 14,000 properties in Wales were without electricity (BBC, 2014d). 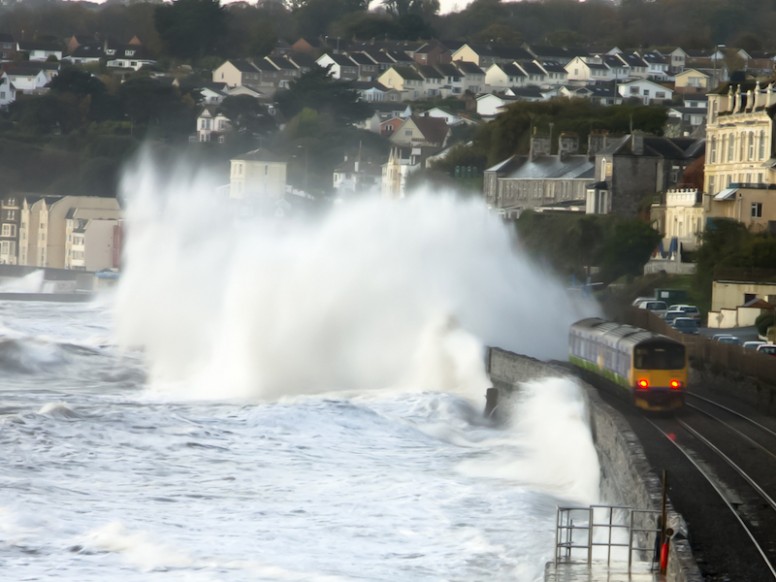 Are seawalls the magic solution to coastal flooding and erosion? 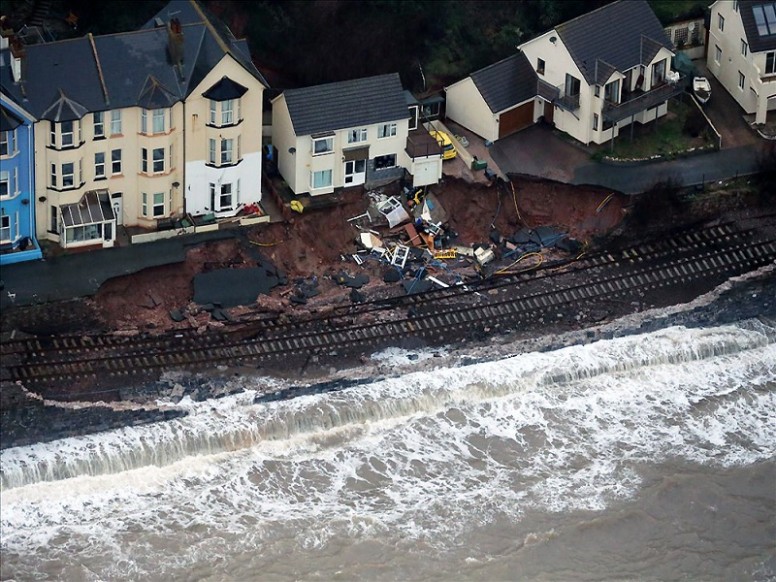