How does Hurricane Harvey compare to a European cyclone?

There has been much in the news recently about the devastating impact of Tropical Storm Harvey on the Gulf Coast of the US, but how do European cyclones compare?

The National Tidal and Sea Level Facility outlines how the underpinning physics are similar between Tropical Cyclones (Hurricanes) and European weather systems (extra-tropical cyclones). They are both driven by low atmospheric pressure systems, which allows the sea level to rise (the surge component). When combined with gale force winds and the earth’s rotation, cyclonic systems form and the elevated water levels cause flooding as they make landfall. The result is often small scale inundation, but in the worst cases (such as the 1953 North Sea floods), there can be widespread devastation lasting days and even weeks.

The effect is worst when the surge component coincides with high tides and large waves, resulting in breaching of coastal defences. The surge component (as a result of the low pressure system) are often the key component that allows sufficient increase in water levels to cause significant damage.

In tropical areas, there is the potential for a much exaggerated sea level rise as a result of low pressure conditions, with tropical cyclones sometimes raising water level by up to 8m. In European systems, the surge component is very rarely more than 3m.

The result of these storms on both sides of the Atlantic is disruption to power and utilities, inundation of residential, commercial and agricultural land, and sometimes even fatalities. The latest reports show that Harvey has claimed two lives, although the cause is as yet unknown. More than 230,000 people along the Texas Gulf Coast are believed to be without power going at the time of writing this blog. Harvey has now been downgraded to a Tropical Storm, but widespread flooding continues. 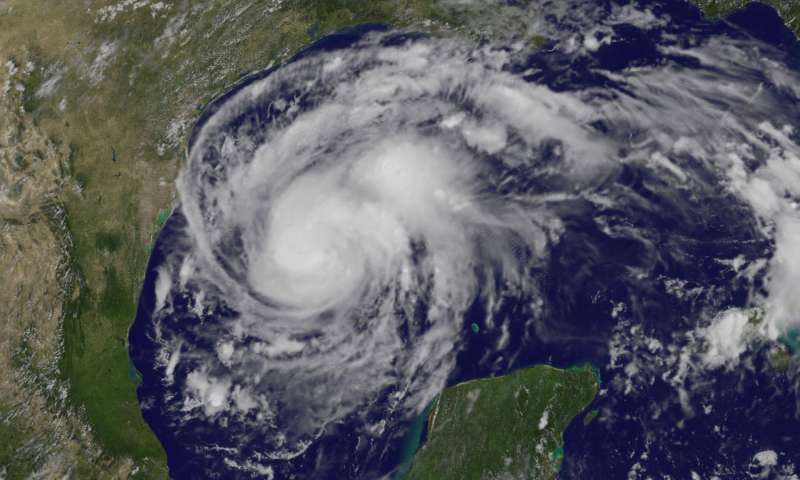